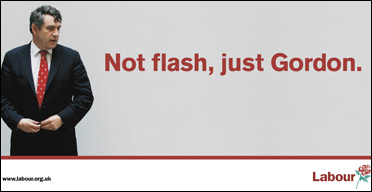 The Labour party has appointed Saatchi & Saatchi to handle its advertising account ahead of the next election, almost 30 years after the agency famously helped carry Margaret Thatcher to power with the “Labour isn’t working” slogan.
Labour has been seeking an ad agency since last month amid growing rumours that prime minister Gordon Brown may call a snap election as early as this autumn, or next year.

The Saatchi & Saatchi name has been synonymous with the Conservatives for decades.

Just last year the Tories parted company with M&C Saatchi, the breakaway agency set up by brothers Charles and Maurice after they left Saatchi & Saatchi, the company they founded, in 1994.

Maurice Saatchi was co-chairman of the Conservative party between 2003 and 2005, but has had no formal role since the last election.

Labour’s last election campaign in 2005 was handled by TBWA/London, when Beattie McGuinness Bungay co-founder Trevor Beattie worked on the account, which used the strapline “Britain is working”.

At the end of last month, the Conservative party also began approaching agencies with a view to holding a pitch for its general election advertising account.

Andy Coulson, the former News of the World editor who was recently named director of communications for the party, is understood to be managing the process.